I am a teen mom. And I am proud of it, yet I wasn’t always this confident.

This was the hardest thing I have ever done, yet the most rewarding. I definitely struggled, was laughed at, and asked ridiculous questions… people outside of my circle never understood why. But I knew why. I am thankful for being a mom, especially a teen mom.

My Journey to Becoming a Teen Mom

In my childhood, I always seemed to be ahead of my age group in maturity.

I do not know if this is because I was the oldest of 6 children, or that my parents raised me in a Christian conservative home; probably both.

I was that child that enjoyed cooking and watching my younger siblings. At a young age, I took life seriously. My life consisted of focusing on my studies, talents, yet always had enough time to follow my hobbies.

In school, I had my close group of friends and would “mother” them constantly. I guess I was one of those people who naturally had “mothering instincts”. Although when I had my baby these seemed to walk right out the front door.

A not so Typical Teen Life

I only just turned 16 when I met “the one”. I had never had a boyfriend before, and it was all so exciting.

We kept it a secret from everybody except our families and closest friends. We lived a few hours away from each other and barely saw each other during our dating years.

Time went on and we realized this was something serious. This wasn’t just a short phase in our lives that we would soon forget. We wanted this to be eternal.

So, on a cold winter afternoon, overlooking a frozen lake surrounded by candles, my then-boyfriend popped the question. And I said yes!

Two weeks after his 18th birthday we officially announced our engagement. The wedding was set for 3-months later.

When we married, we were both 18. In the months between my engagement and my wedding, I received more negative comments and questions than I had ever before.

“You are too Young! Enjoy Your Youth as a Teen!…”

The hardest thing to deal with getting married at a young age was the constant ridicule I received.

I was told I was too young, I should enjoy my youthfulness, I was wasting precious time, I would suffer, and given lots of disapproving looks from friends and people, I barely knew. This was not even the hardest part.

I was often told I did not know what I was doing and would regret everything if I got married at a young age.

This brought so many unnecessary worries which hovered over me in the weeks leading up to my wedding. After praying and talking with my fiancé about it I felt at ease and we stuck to our plans and got married.

Now in retrospect, I wish I could go back and tell them that I have NEVER regretted my decisions.

“Have You Heard of Birth Control?”

A month after our wedding we found out I was pregnant and were completely shocked. This couldn’t be, we couldn’t have a baby!

We were both still in school studying and had no jobs and were living from savings and student loans. After some moments of joy, shock, disbelief, excitement, worry and every emotion out there, we were grateful and accepted the fact that we would soon be a family of 3.

Yet it was still hard for me to believe and to accept. I still felt so young.

I knew I could grasp being married and studying. Yet studying and being pregnant, that seemed too hard of a goal for me to accomplish. Those next few weeks were spent in constant prayer as I was uncertain about our future.

You are still a Teenager?

I managed to hide my pregnancy for the first few months, switching to online school made that easier for me. Finally, I managed to complete my schooling and went to work the next few months. I pushed through at work until the baby came so I could receive maternity leave.

Let’s just say it didn’t remain a secret from my co-workers for long. Working as a Preschool Teacher I was in a workforce mainly dominated by women, which made my attempted secret pregnancy not so secret anymore.

Surprisingly, I received positive feedback, they all seemed so excited for me. Only later did it dawn on me that none of them knew of my young age.

It was my 19th birthday, yet I tried not to make a big fuss about it. Everything was great until the whole daycare sang “happy birthday” to me that I was forced to loudly proclaim my age that I was met with shocked looks.

The next few weeks are filled with bad memories.

I was asked about my whole life story, why I would want to have children so early, if I considered abortion as I was so young, and if I have ever heard of birth control.

It was at that time I was so ready to stay at home and just be a mom. I much preferred the safety of my tiny home than the raised eyebrows I received in public and at work.

You’re a Teen Mom? I Feel so Sorry for You…

People lacked confidence in me to carry out any motherly duties. I was just another “millennial acting irresponsibly” and was given more advice than a person receives in their whole lifetime.

People pitied me and my situation, they asked me if we are going to move into something bigger and that we should have waited to have children; I could sense the pity in their voice.

To clarify, to that time my husband and I were living in a tiny house, yes those on TV which is an under 300 square feet house based on a movable trailer. We were confident we could make it work in there with a young baby, we had enough storage space and would just need to adapt to the living conditions.

Others never lived in such a minimal and confined space and could not imagine doing it, especially not with a newborn.

Hearing all of the criticism and pity just made me want to stay in the tiny house longer to prove that we could do it….and we did!

This time was tough, and it always is for any teen mom or a young mother.

There is this set “life standard” in society for a modern woman. Complete high school, get a post-secondary education, work until you have achieved something in life, meet the one and fall in love, get married and have children.

Reality is that this is all fake news, being planted into us by romantic movies and the media.

Around 11% of the total number of births in the country are from underage teen moms. However, this statistic is constantly dropping due to increased abortion. Over 4 of 10 teenage girls become pregnant before the age of 20 (1), meaning so many teenagers have to face the shocking discovery of pregnancy.

For me, it was a long road to acceptance. I felt alone, misunderstood, ridiculed, and pitied for my situation.

It wasn’t until I told myself that this was God’s perfect plan and through prayer that I managed to bring a smile back on my face. I believe accepting and making the best out of your situations is what brings happiness in life.

Through all this time, I never once regretted the decisions I had made.

Looking back, I wish I could tell my younger self to be more confident in yourself! You can do this, all you have to do is believe in yourself. I now have an amazing daughter and a dream of a husband.

I love my life and would never have it any other way.

This site uses Akismet to reduce spam. Learn how your comment data is processed. 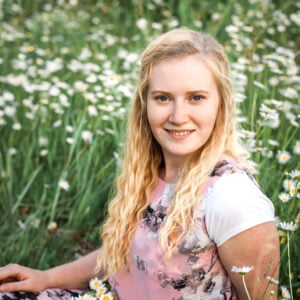 WELCOME!
I’m so glad you’re here! My name is Celina and am the creator and biggest fan (and critic) of my little corner of the world!
I write topics on pregnancy, postpartum, and motherhood.
So grab a coffee (or two) and stay awhile!